Home Tour Journals Sights in and around Melbourne, Australia

Sights in and around Melbourne, Australia

Sights in and around Melbourne, Australia 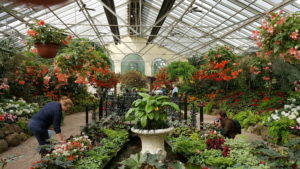 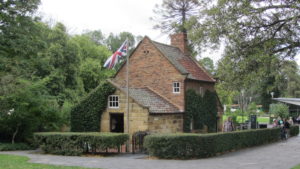 Our guide Fay met us in the hotel lobby to take us on the city tour of Melbourne. It made sense to start later in the morning so we didn’t have to contend with the typical morning traffic, especially since this was the first day of business and school following the traditional summer break many Australians commit to each year. The expansive and thriving city of Melbourne clearly is growing quickly as new construction was evident around every corner. The city tour included an interesting mix of history, arts, sporting venues and the commercial district that grew out of the original dockyards area.

One of many highlights of the day was the Conservatory at the Fitzroy Gardens where the many varieties of exquisite flowers were arranged perfectly and flourished with the professional care they received. Close by we visited the Cook Cottage, relocated here from England in the 1930’s to commemorate Captain Cook’s settlement of this new country. 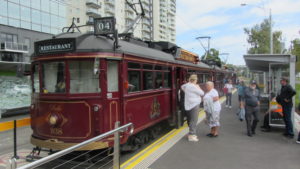 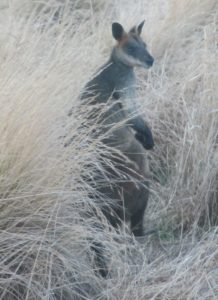 Wallabies are plentiful in SE Australia

Our lunch experience was definitely one to remember as we boarded the historic Colonial Tramcar Restaurant and as the delicious 4 course meal was prepared on board and served in a luxurious setting, we travelled through many interesting parts of the city. A real treat and relaxing two hour lunch break.

In the afternoon we made our way south east to Philip Island to witness the Penguin Parade which is the daily return of the adult Little Penguins who had been at sea for a day or more feeding. As darkness fell over the coast, slowly but surely these small white-breasted creatures popped out of the crashing waves onto the sandy beach to eventually form a parade of thousands of penguins making their way to their nesting burrows. A very unique experience that we chatted about all the way back to Melbourne. 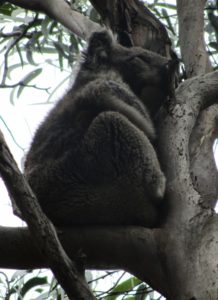 Rare sighting of a Koala bear

The next day the southern coast would be our destination and where we would spend the entire day taking in the dramatic and rugged scenery. This vast coastline is a mix of rainforest and desert which is constantly evolving from the wind, rain and waves coming off the junction of the Tasman Sea and the Great Southern Ocean. 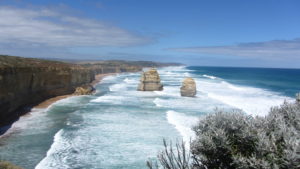 We arrived to the coast at Torquay, Surfing Capital of Australia, and soon after we entered the Great Ocean Road which had been constructed in the 1930’s by thousands of men who had returned from military service. This picturesque highway was 200+ km of impressive road engineering that hugged the cliffs sometimes high above the crashing waves below.

We stopped at the Apollo Bay Restaurant for a wonderful 3 course lunch and then continued along the coast to take multiple photos of the gigantic 12 Apostles rock formations. 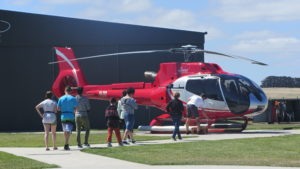 Our last stop was Loch Ard Gorge which became well known for a historic shipwreck in the 1800’s. The story of the two survivors is worth a Google search for those interested. At that point it was time to head back to Melbourne for our final night before we travel into central Australia. Our second day in Australia and already so many great memories.