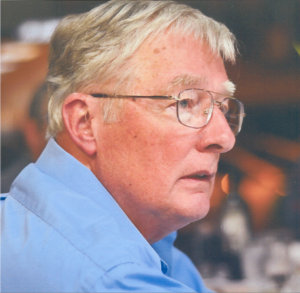 im Juhnke taught American history and Mennonite history at Bethel College in Kansas (1966-2002).  His overseas experience includes two years in Germany as a Pax man; two years as director of the MCC program in Botswana, southern Africa; and one year in western China with the China Education Exchange program.   In 2007 he led a tour group to Ukraine, Russia and Uzbekistan to follow the route of the “Great Trek” Mennonites who in the 1880s fled from military conscription and hoped for the second coming of Jesus in Central Asia.   Having learned that Muslims in the Khiva area had fond memories of the Mennonite settlement at Ak Metchet, Jim returned to sign a joint agreement between Kauffman Museum in Kansas and the Ichan-Kala Museum in Khiva for the creation of a Mennonite museum exhibit there.   The exhibit was completed in 2009, but closed by the government just before it was to open for the public.   Now, ten years later, that exhibit has been restored and reopened.  Jim sees the Ak Metchet community (1882-1935) and the current exhibit, as emblems of cooperation between Muslims and Christians.