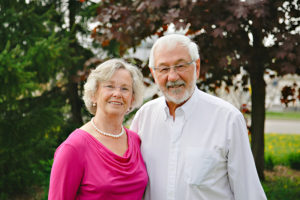 Born in Alberta but raised in Saskatchewan, Bert Lobe spent half of his professional life working with the Mennonite Church and related agencies (Mennonite Central Committee, Mennonite World Conference, Habitat for Humanity, and Mennonite Coalition for Refugee Support) and the other half serving as Principal in public, church, and international schools. Together with his wife Martha, Bert’s service with MCC included stints in India, where Martha worked as a surgical nurse and in community health and Bert was the Director of the Mennonite Relief Committee; a decade later Bert served as the MCC India/Nepal Country Representative. They returned to the region in 2005 when Bert became Interim Country Representative for MCC in Dacca, Bangladesh.  In between overseas assignments they lived in North America where Bert served as the MCC Asia Director out of Akron, Pennsylvania and then the Overseas Director of MCC Canada in Winnipeg, Manitoba.  Bert was also the Director of the Mennonite China Educational Exchange Program and 2007 and 2008 Interim Director of MCC Bi-National. Bert has Arts and Education degrees from the University of Saskatchewan and an M.A. from the Anabaptist Mennonite Biblical Seminary. Using her training as an RN, Martha served for 3 years in community health in India and for 9 years in a variety of community hospitals in Canada. While in Hong Kong for 7 years she worked in a classroom setting with preschool children. More recently she volunteered with her local Hospice organization, relating to elderly and terminally persons. Martha enjoys hosting friends and family (local and international) in their home and is grateful for many relationships locally and cross-culturally. Bert and Martha attend Waterloo North Mennonite Church and have one daughter and three sons all of whom are married.  They also have three grandsons and three granddaughters.