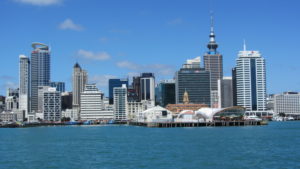 The long flight from San Francisco to New Zealand was very manageable as the Air New Zealand crew provided a very good service and most of the group were able to catch some sleep before our arrival.

We landed in Auckland, NZ as the sun was cresting the eastern horizon. Once we collected our bags we were introduced to Max, our coach driver, who would also be our guide on the North Island for the next three days. Upon arrival at the Skycity Grand Hotel we ventured off in different directions to take in the sights in and around the port city of Auckland. 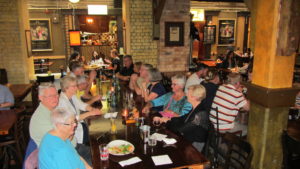 We reconvened for dinner at a great market restaurant called Elliott Stables which proved to be a great place to enjoy a real variety of cultural dishes. We ended our first day in this northern cosmopolitan city of New Zealand by taking in the sunset at the top of the Sky Tower, treating ourselves to delectable ice cream treats. 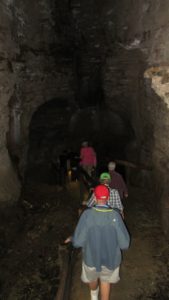 On day two we loaded into the bus and headed south through the rolling fertile Waikato Plains, a well-established agricultural landscape of feed crops and grazing fields spotted with cattle and sheep. In no time we arrived at Waitomo Village where we met our guides who treated us to a private tour of the Footwhistle Glow Worm Caves which proved to be fascinating. 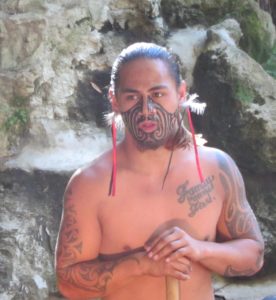 After a quick lunch Max took us east across the island through more beautiful rolling farm land to the city of Rotorua where we would spend the next two nights. As we approached Rotorua we were greeted by the smell of sulfur due to the hot springs that exist throughout this volcanic region.

We settled into the Millennium Hotel Rotorua & Spa and in no time we were back on a bus to the Tamaki Maori cultural show. This was an event filled with presentations of traditional Maori war dance, singing and interactions with the people who seek to preserve this part of Maori history. The night was capped off with an impressive buffet of meats and root vegetables that had been cooking in a pit in the ground for hours before we had arrived.

Two days in and what a rich experience already.