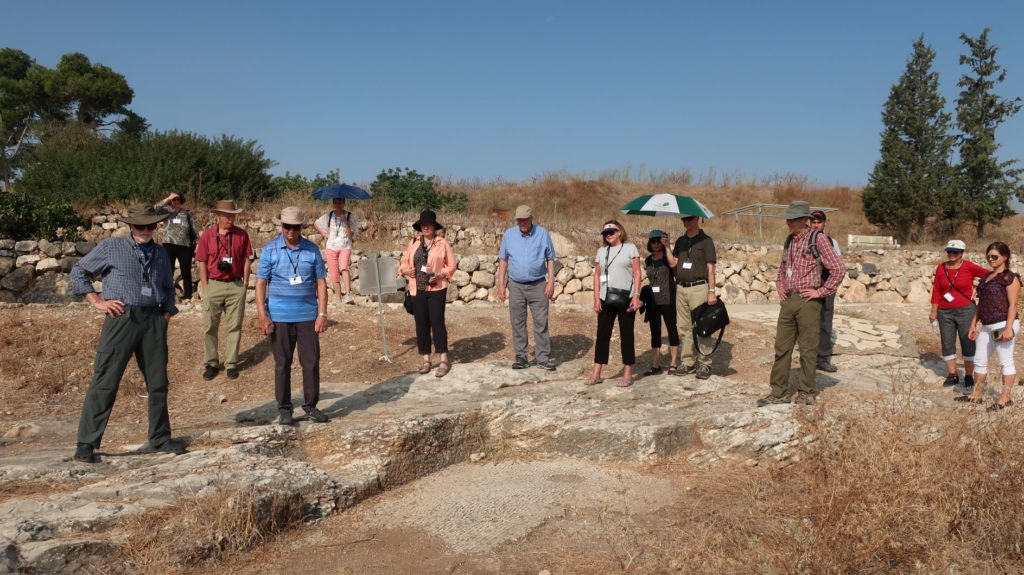 That’s no ordinary hill behind the TourMagination group. It is Tel Jezreel—ruins of the biblical city Jezreel in northern Israel. Jezreel was the winter residence of King Ahab and Queen Jezebel. While at this site, our group heard the story of Ahab and Jezebel expropriating the land on which Naboth had a vineyard. Details of the biblical story suggest that Naboth’s vineyard was on the east side of the city. Sure enough, at exactly that place we come across an ancient wine press. It’s unlikely that this very press the group is examining belonged to Naboth, but it brought the story home to see evidence of an ancient vineyard next to Jezreel. 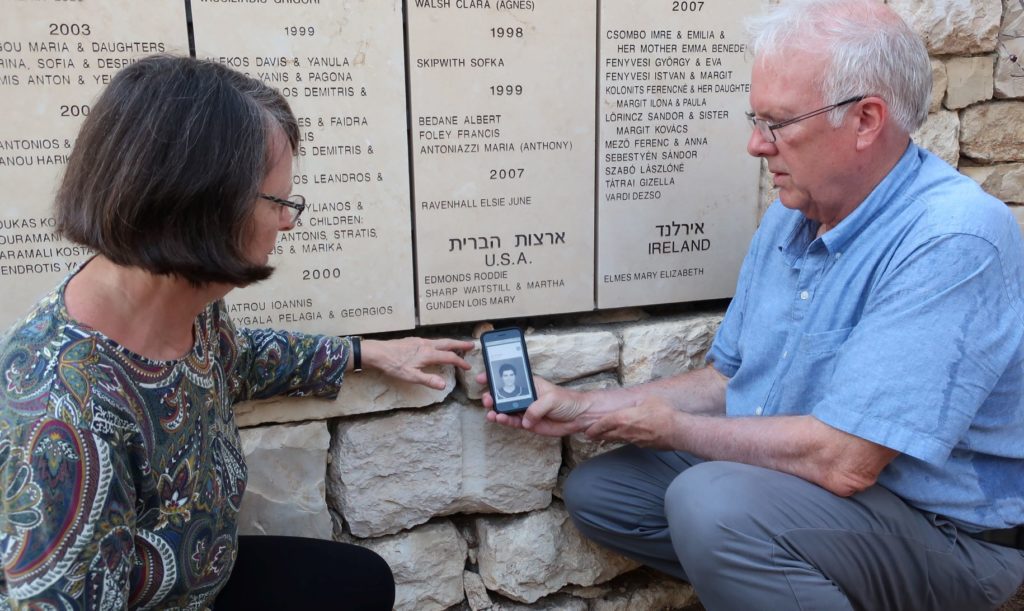 Today had many surprises, one being a short stop at Yad Vashem holocaust museum in Jerusalem. We went there to visit the Garden of Righteous among the Gentiles—a park naming and honoring Gentiles who helped save Jews during the Holocaust. There are four Americans among the thousands listed on the memorial walls—and one of them was Lois Gunden of Goshen, Indiana, aunt of tour participant Bill Clemens. In the photo, Bill show a photograph of Gunden to Myrna Burkholder. Gunden helped shelter Jewish children in France, and was at last named and honored in 2016. Our group thanked God for Gunden’s courage, and prayed that we would have similar strength to act justly today. 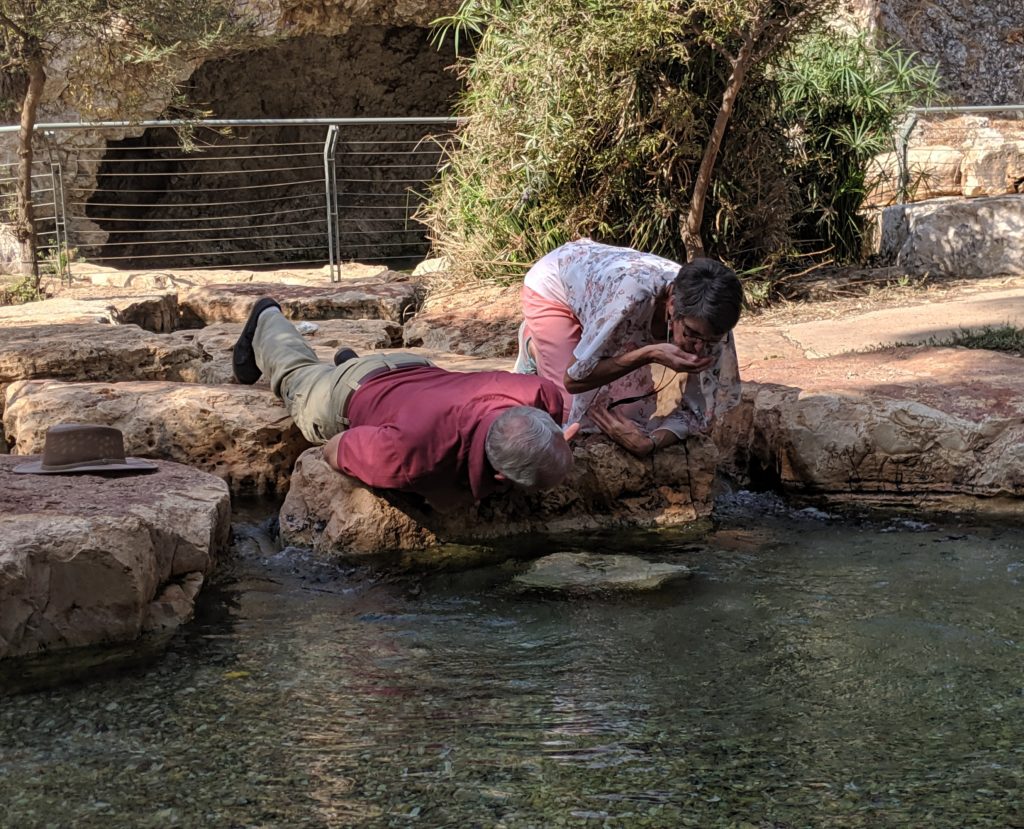 This morning we visited the spring where Gideon took his soldiers to drink water. The soldiers who lifted the water to their mouth were sent home. There were 300 soldiers who got down and lapped water like a dog. Our guide explained that the men who lifted the water to their mouth are alert soldiers, ready to grab their sword and fight. Nelson suggested that those soldiers were still afraid and not trusting God.  Delon and Joretta Martens are demonstrating the two ways of drinking.