We began our day in Alba Iulia with a walk from our hotel to the Jewish synagogue of the oldest Jewish congregation in Romania. 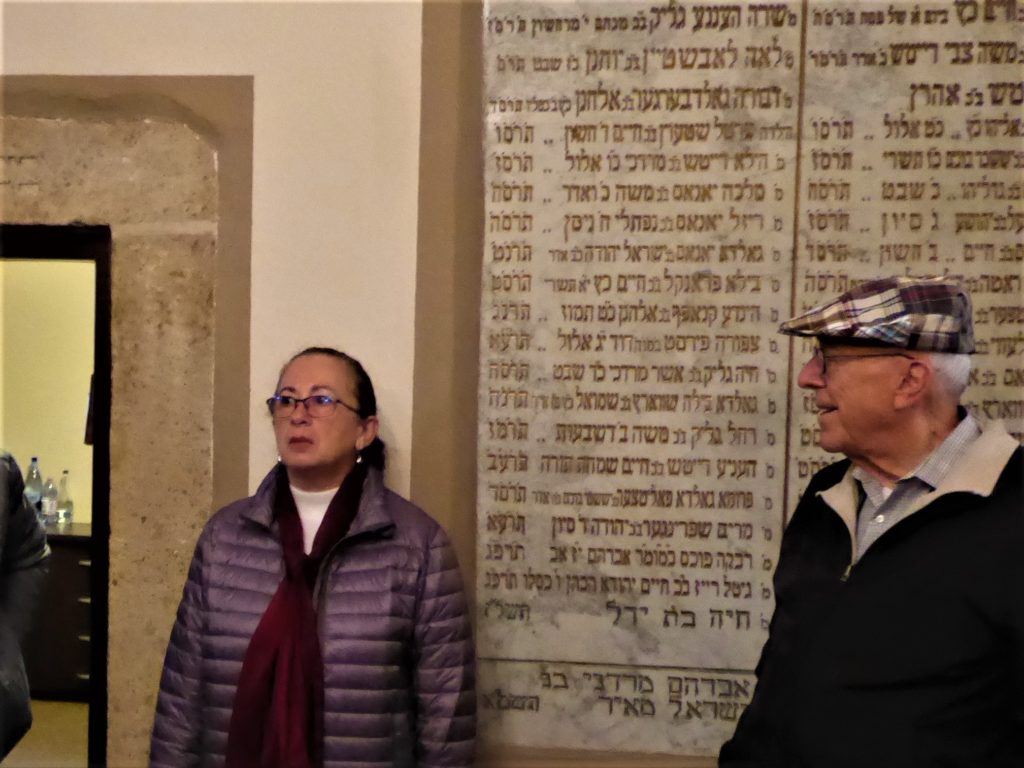 They were invited into Transylvania by Gabriel Bethlen, the same Prince that provided the Hutterites with sanctuary after they were expelled from Moravia in 1622. Their small Jewish congregation maintains the synagogue. Our guide showed us their Torah scrolls in the cabinet behind the altar. The synagogue has just a few members, less than 30, left to maintain the building. 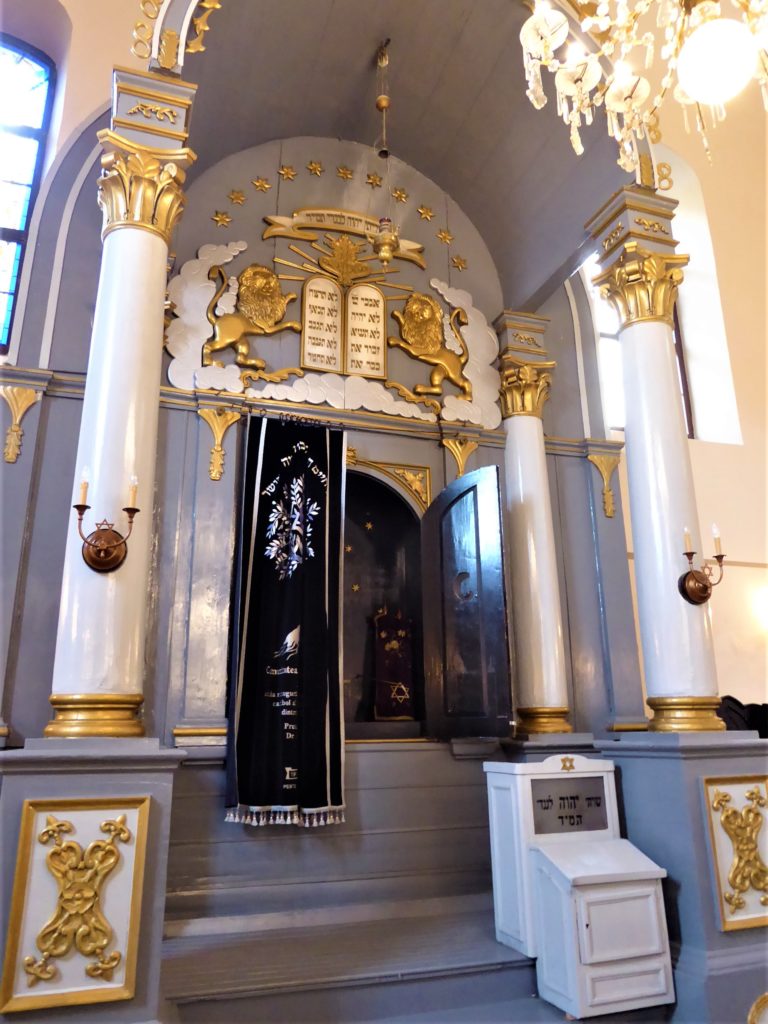 We continued our introduction to religious diversity with a visit to the Romanian Orthodox Cathedral. A candlelit wall of golden backed icons separates the sanctuary from the holy area only entered by the priests. 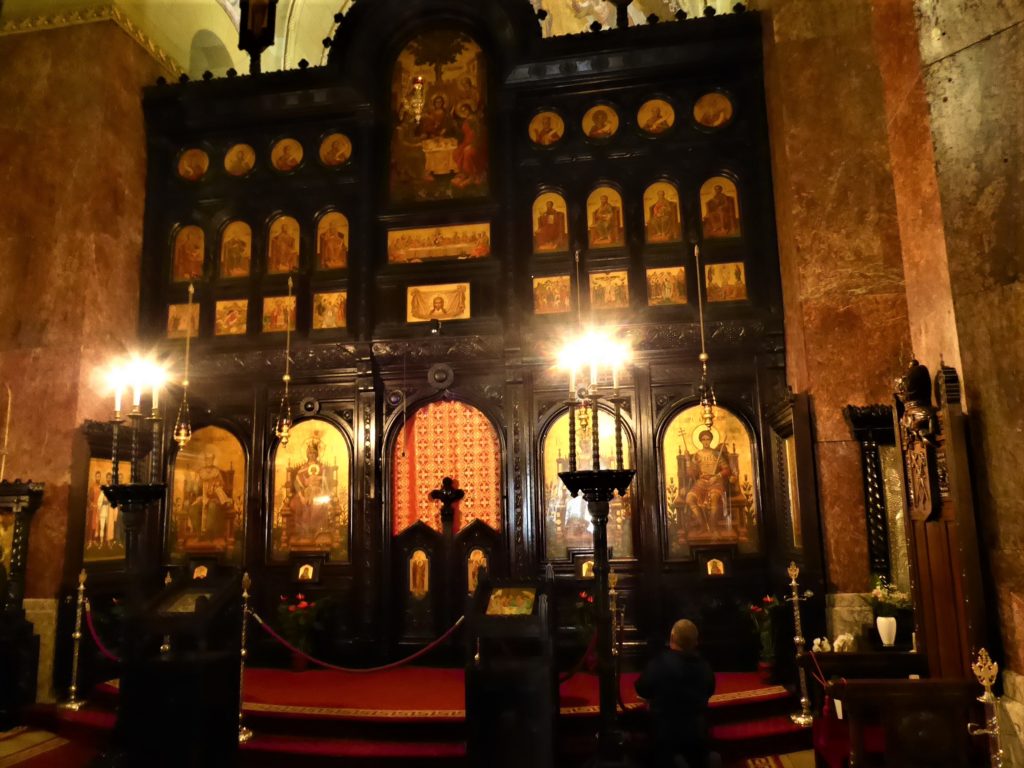 The 11th century Roman Catholic Cathedral provides the backdrop to our group’s invitation to the Archbishopry administrative offices. 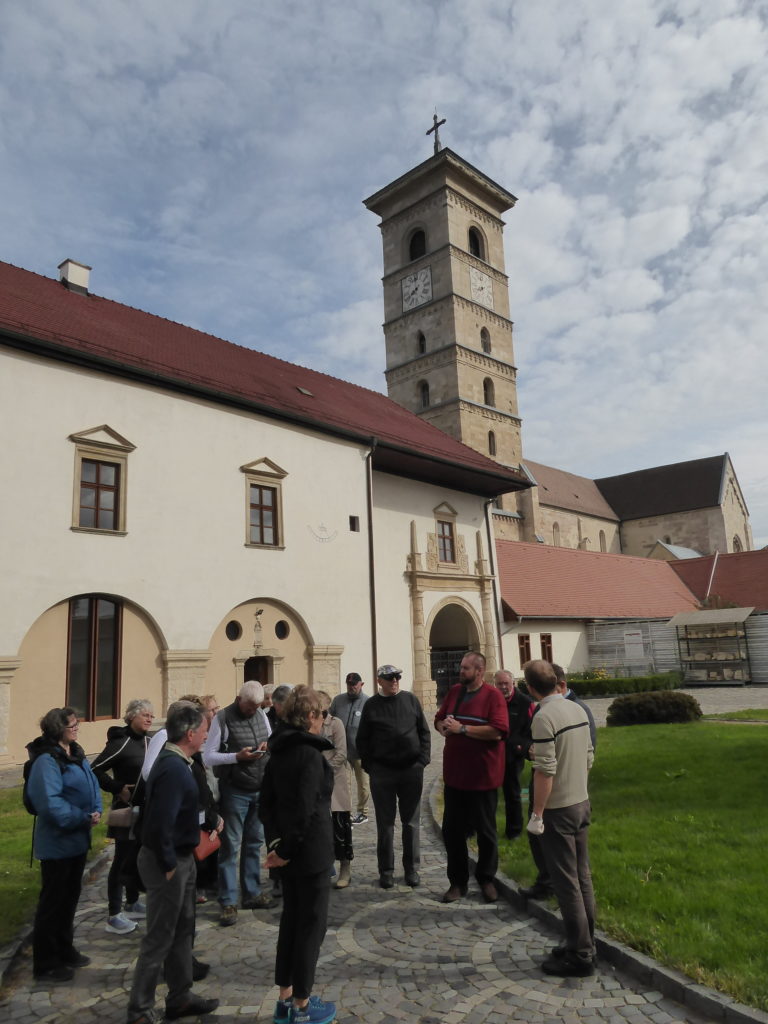 It is here that the two leaders of the Hutterite colony were interrogated by the bishop. Unable to convince them to recant from their heretical beliefs, he had them imprisoned in the New Gate of the military fortress for six months before the Saxon German authorities ordered their release. It is here that we were invited to view church and governmental documents that reference the Anabaptists. 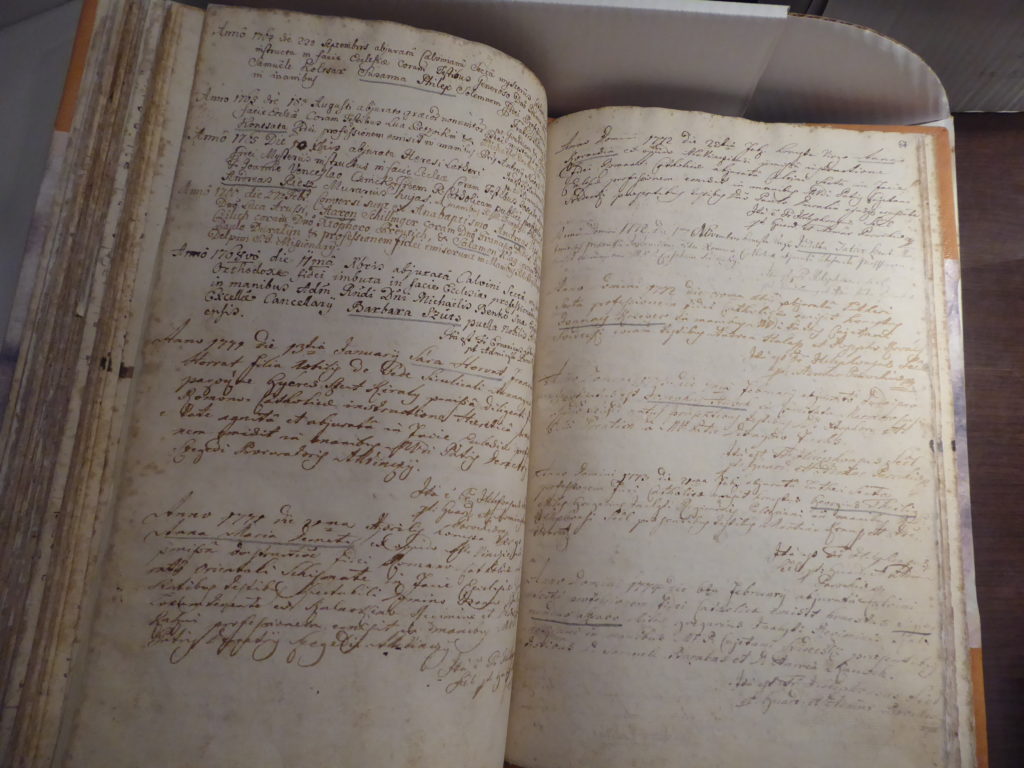 Included within the documents viewed was the confirmation of the Hutterites’ privileges by a subsequent Prince of Transylvania. In addition to the documents the Archbishopry also possesses an authentic Hutterite stove constructed of ceramic panels. These could have been produced by Johan Stahl, the chief potter at Alwinz. This possibility was exciting to Jackie Stahl Skibine and Marilyn Stahl, direct descendants of Johan Stahl.

The tour was excited about these unexpected finds. 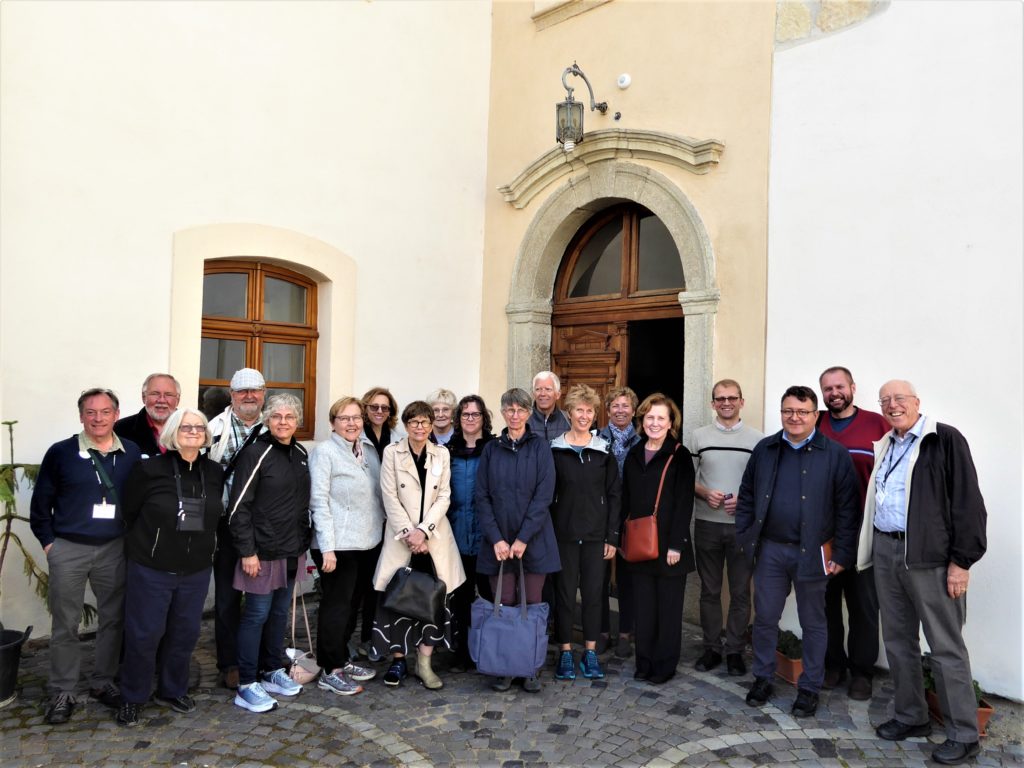 Lunches evolved into great opportunities to enjoy great food, discuss what we were seeing and getting to know our fellow tour participants. 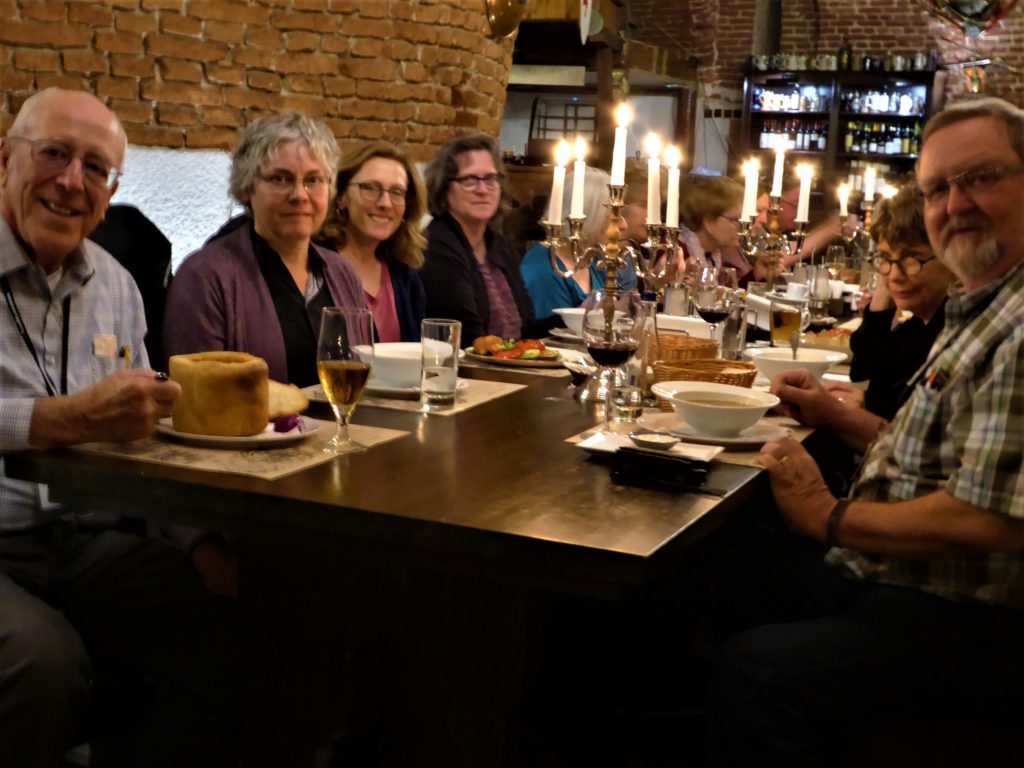 Our lunch on this day was held in a restaurant within the fortress walls surrounded by the weapons once held within the armory. 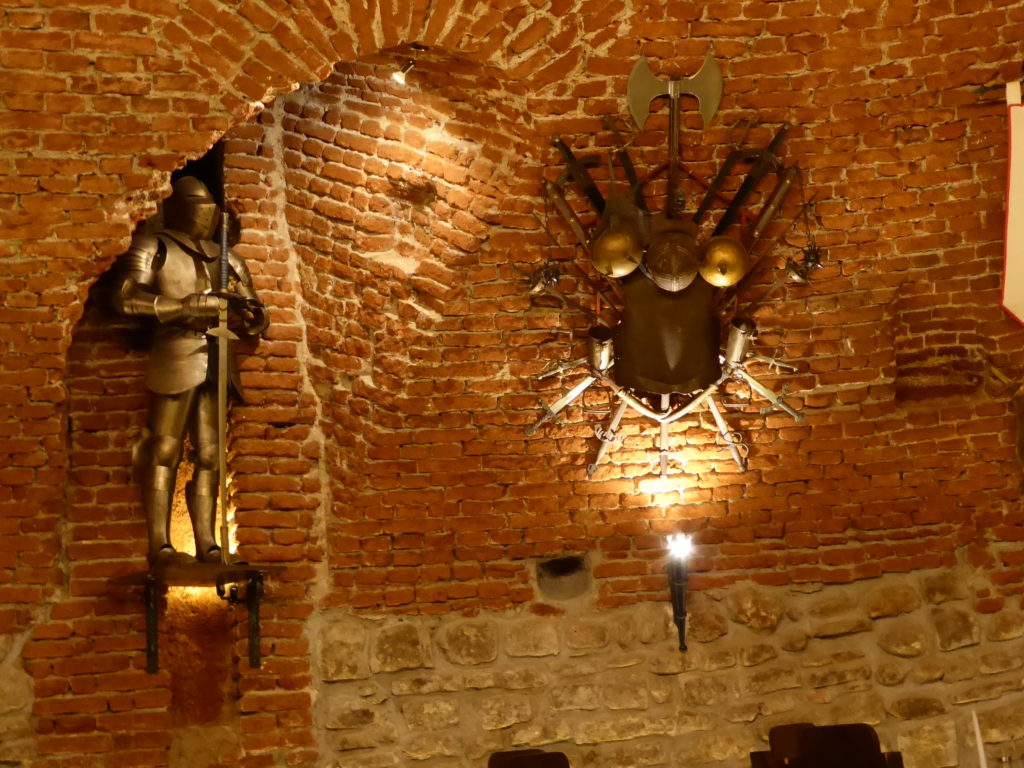