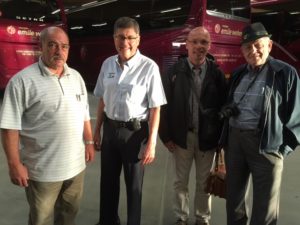 John Ruth and I spent 3 nights in Luxembourg following our European Heritage tour. Then we traveled with JP Weber on the coach to London Heathrow to meet the Amish tour participants who flew to join the tour. We drove the coastal road from Southampton to Dover. The scenery was spectacular. Sam Stoltzfus said he has to keep pinching himself to be sure he is really here. The rolling hills reminded him of James Herriot, the country veterinarian from Yorkshire who wrote the series, All Creatures Great and Small. There were many sheep out in the rolling meadows. 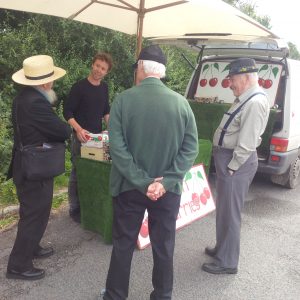 We stopped for a rest at a roadside rest area and enjoyed buying and eating cherries from a local farmer. He reminded the Amish that this is the way for farmers to make a living. The Amish in North America also sell fruits and vegetables along the road. JP said, we made his day! 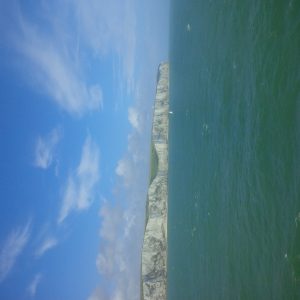 We boarded the ferry going from Dover, England to Calais, France. We were pleased the White Cliffs of Dover glistened in the sun. We were saddened to see the refugees camped on the French border behind barbed wire waiting for the opportunity to re-settle. John Ruth said we are free to travel but they are not. They fled the ravages of war in their homeland and are now waiting for a country to welcome them as citizens.

This morning we had a wonderful guide as we visited the Corrie Ten Boom House in Haarlem, the Netherlands. She reminded us that Corrie Ten Boom was the first female clock and watchmaker in Holland. Her family was a Christian family. Corrie became a leader of the resistance movement with 80 persons working with her. Nine persons lived in their home during the German occupation. 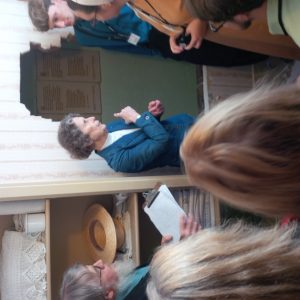 A local architect built a hiding place in Corrie’s bedroom. The house was known as a happy place. The Ten Boom family hid and saved 800 persons including 100 Jewish babies from Hitler’s soldiers.

The Corrie Ten Boom story is very moving and inspirational. Caleb Miller looks forward to reading the book, The Hiding Place. He said his students will enjoy reading and listening to this story. Loren Beachy bought a copy for persons to read on the Queen Mary 2 on the return trip.

This afternoon we had a canal boat ride tour of Amsterdam and also enjoyed visiting the Singel Mennonite Church located on the Singel Canal. We were pleased the organist was playing the organ. We were blessed to visit this meetinghouse that dates back to 1608. It has wonderful acoustics. Rosie Lichti said, “I am so pleased  we had this opportunity to visit this historic active church.”