The morning began by sailing up stream on the Saône river, a tributary of the Rôane river, which offered an impressive perspective of modern architecture at the confluence of the two rivers. (Three photos below). 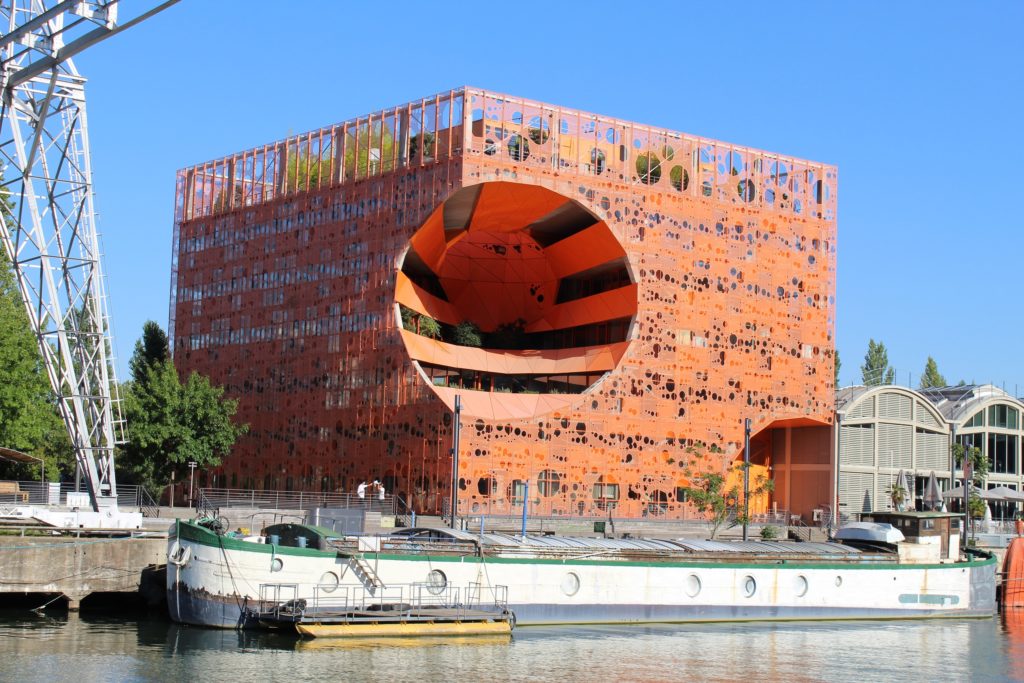 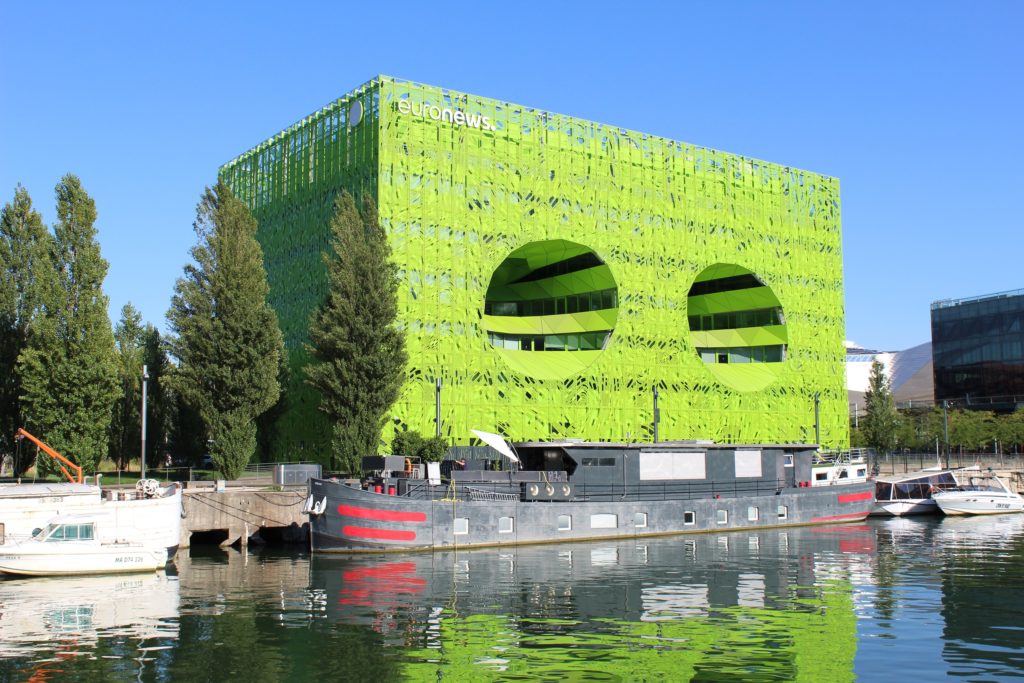 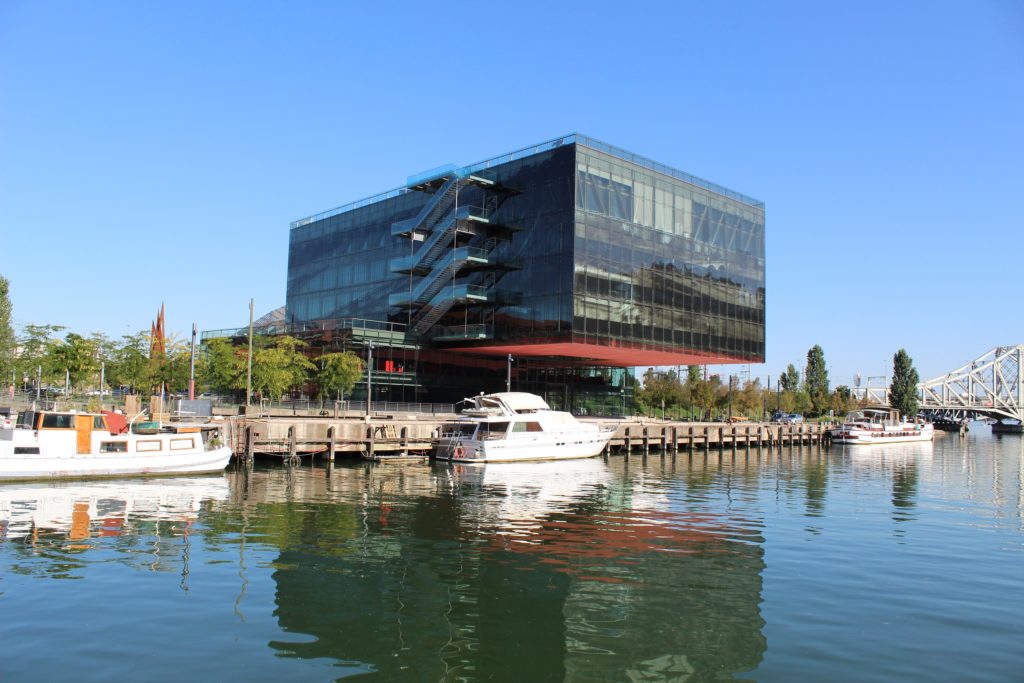 As we approached our docking location we passed a number of exquisite river side homes and rowers training along this peaceful rural location north of Lyon along the Saône river. (Three photos below). 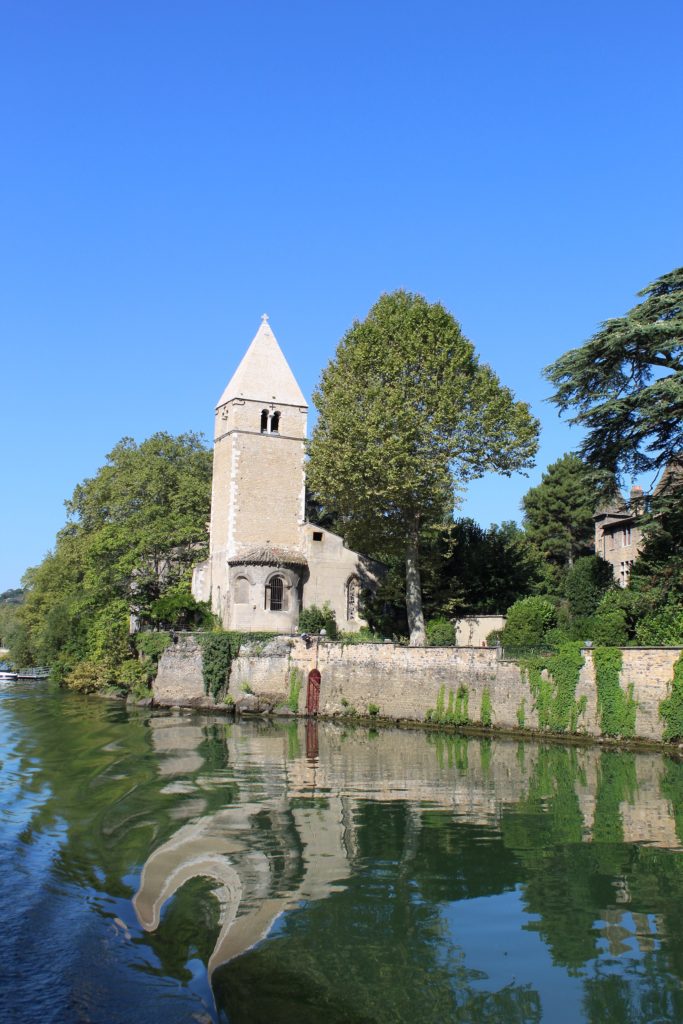 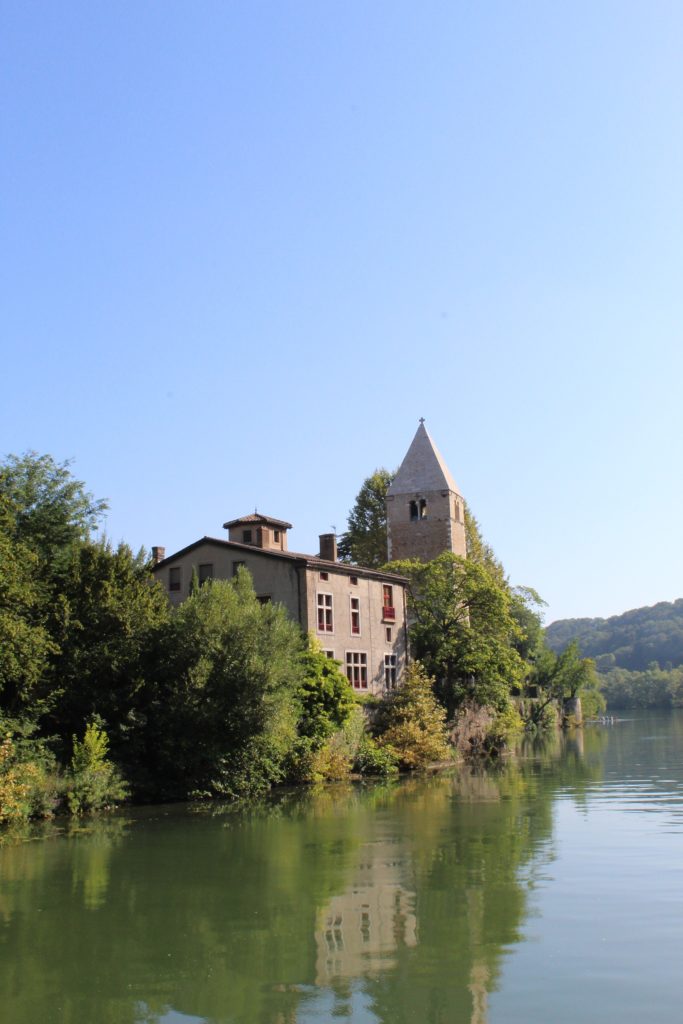 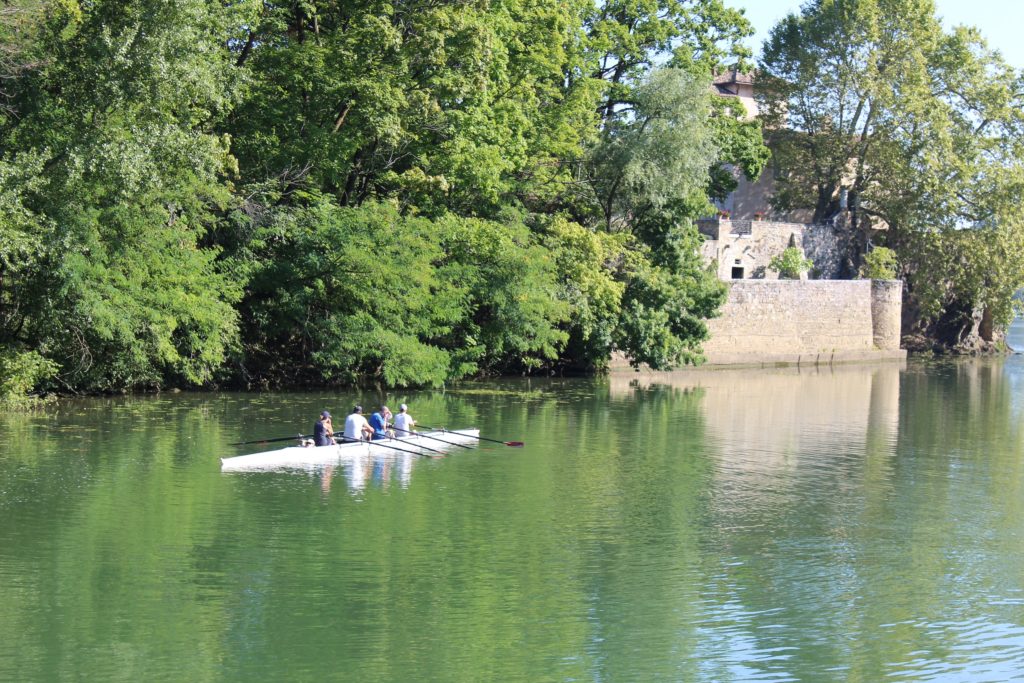 We disembarked the AmaCello to visit the Beaujolais wine region with a stop in a quaint historic village perched on one of the rolling hills. It was an extra special treat to be welcomed by a local pump organ street entertainer before we strolled through the narrow cobble stone streets. (Below) 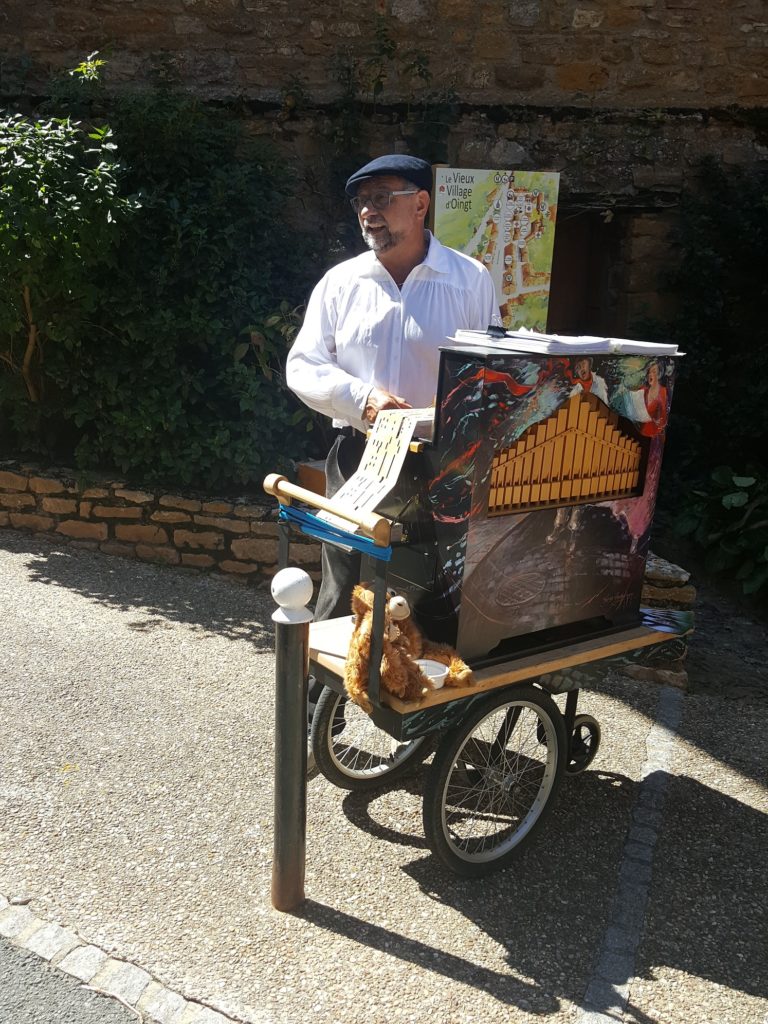 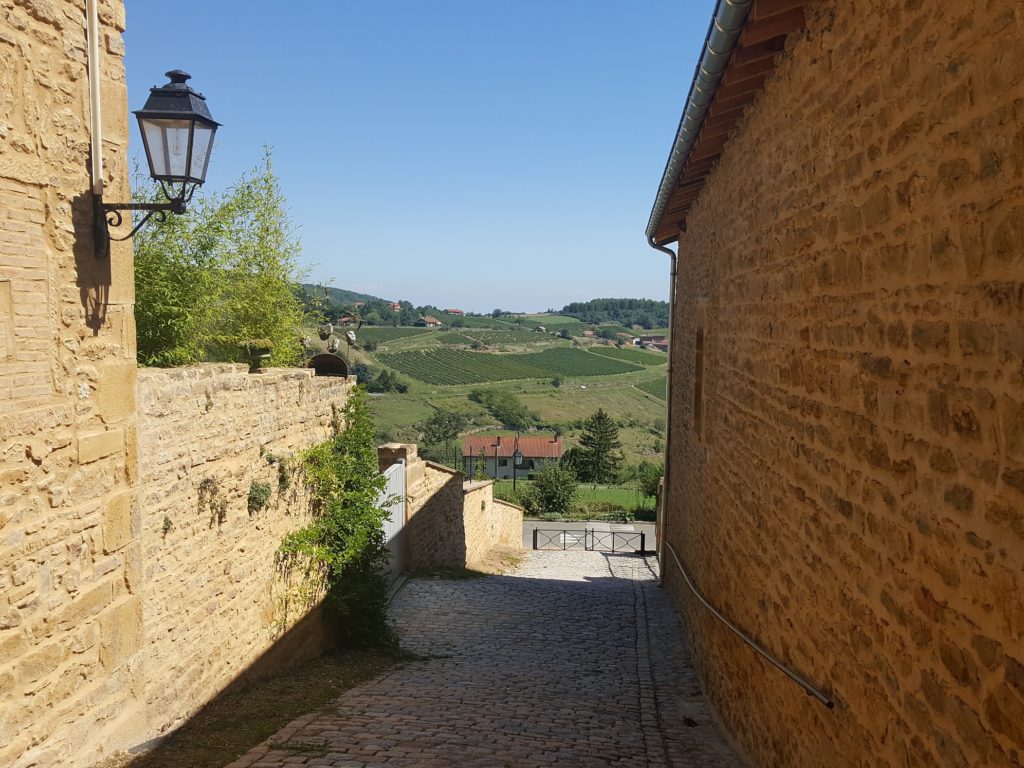 Before heading back to the ship for our cruise to Vienne we stopped in at a small winery where the 4th generation owner (Dominique) offered us a tour of his operation and revealed he had lost 50% of his crop from a hail storm the week before. This was sad news but he and his family remained positive for the future.

Dominique also proudly treated us to a wine tasting of three of his many varieties. We also learned these very light tasting Beaujolais wines are all produced exclusively with a Gamay grape utilizing a different and exclusive production process for each variety. 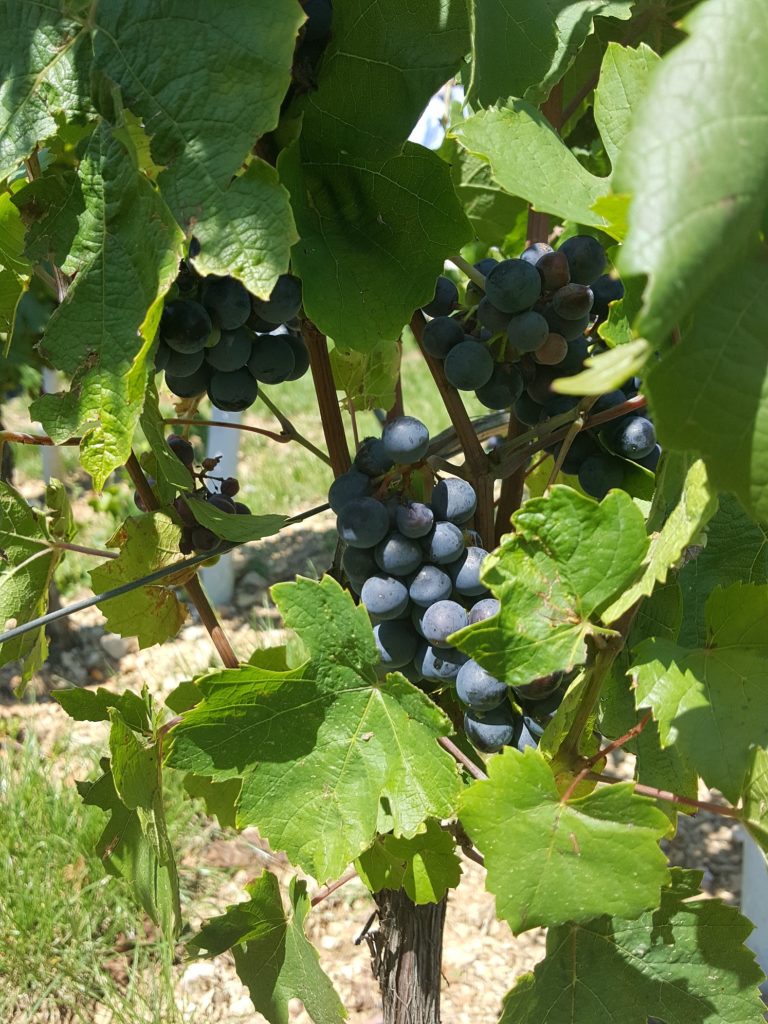 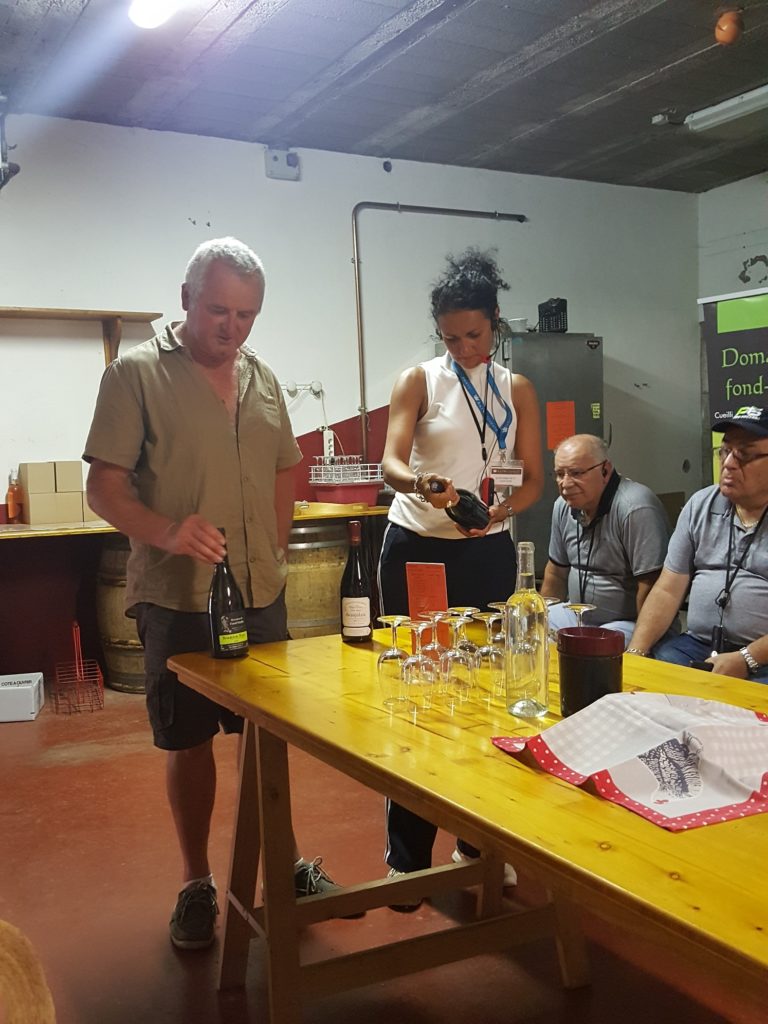 Darrel Toews was ready to offer his feet to help crush the grapes but we were about a month early before harvest begins in mid-September. 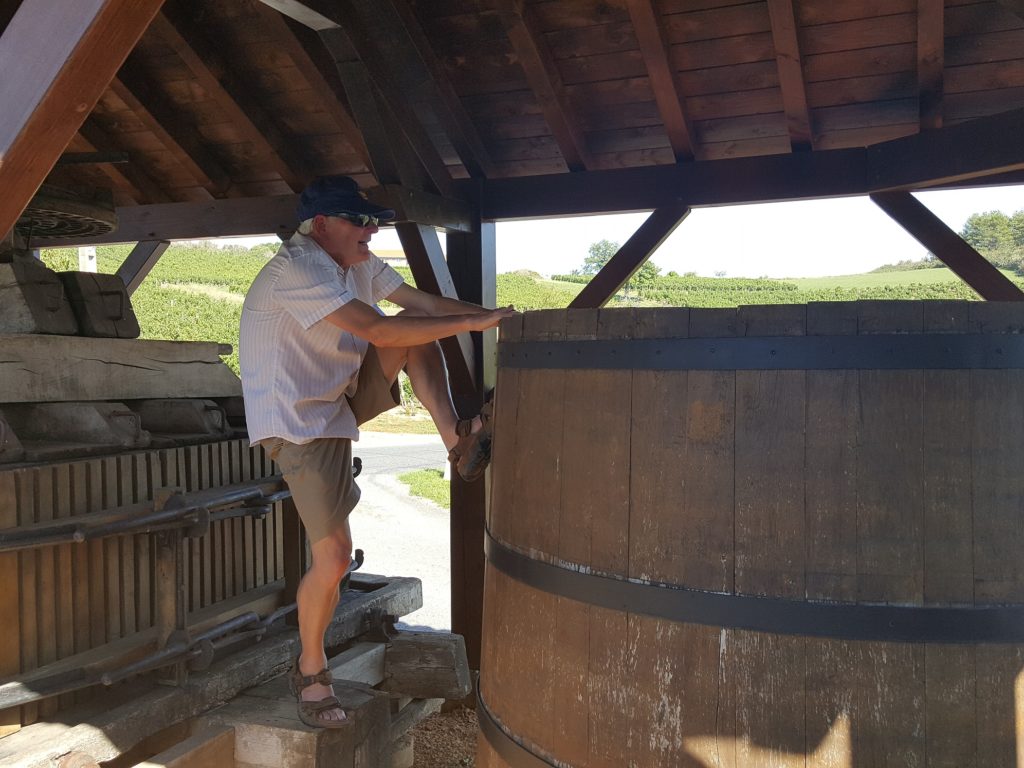